A meal at Geoffrey’s is what we were looking forward to for a Saturday afternoon. Having this place around us for quite some time, Geoffrey’s can be easily categorized as one of the oldest restaurants in Delhi.

Their Saket outlet is really known for its wide spread of buffet, consisting of a lot of options ranging from soups, salads, appetizers, pastas, pizzas, desserts to what not. Was looking forward to the buffet itself when we went, but ended up ordering ala carté instead.

The place is done up dominantly in wood everywhere. The bar, the stools, chairs, tables, flooring, etc. The lighting is yellow and the restaurant gives the feel of a bistro. Booths, high-rise tables and bar stools, proper tables set up for meals - they have plenty of options for seating. 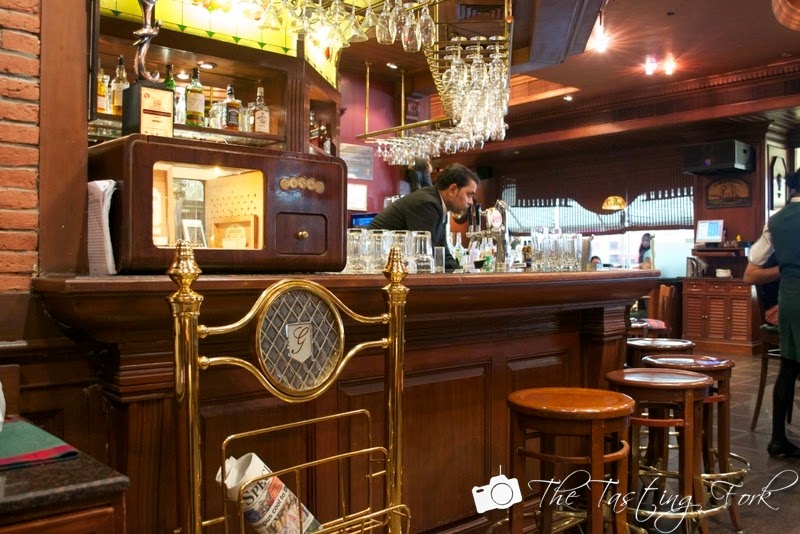 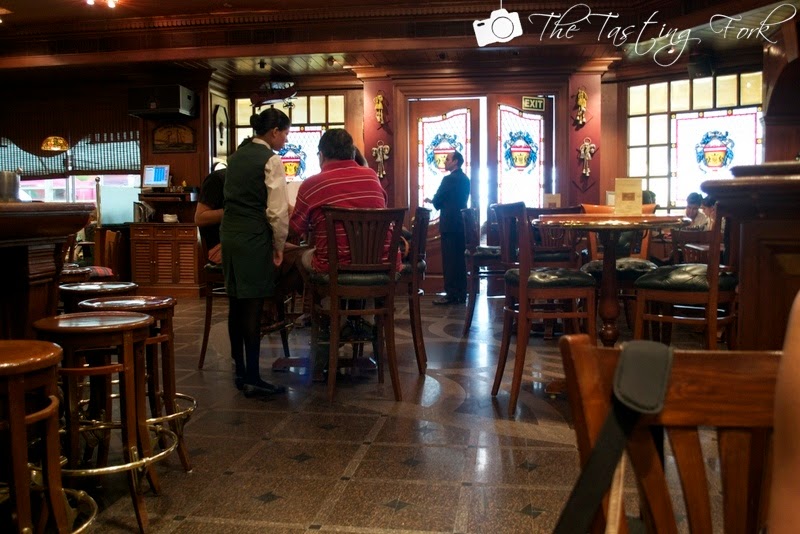 What I noticed about this restaurant was that it had a lot of managers, apart from the servers, that is. The managers were managing everything so well! Going to each table, communicating with the waiters and delegating work, coordinating with the food yet to be served on the table, and just doing a very good job at the supervision.

We started our meal with Half a Dozen Chicken Wings, Chicken Shawarma and Chicken Crispy Tacos.

The Chicken Wings were really nice! Meaty with a sauce that was just lip-smacking! A really good dish. 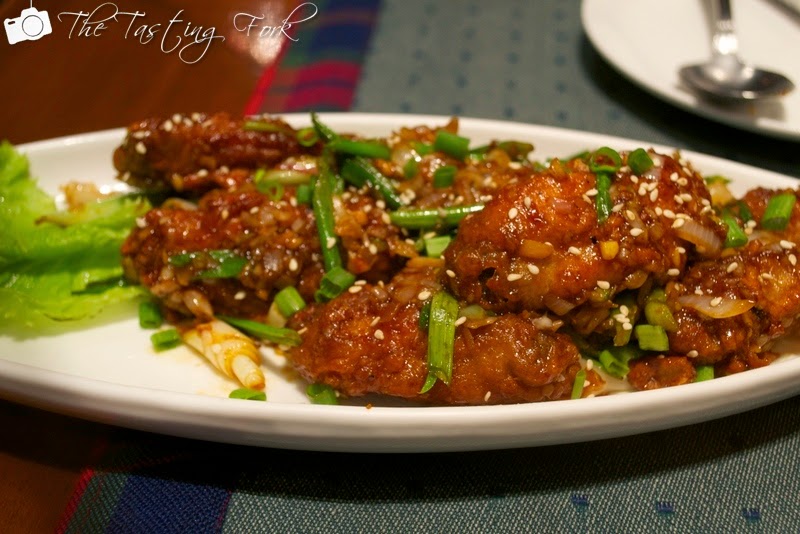 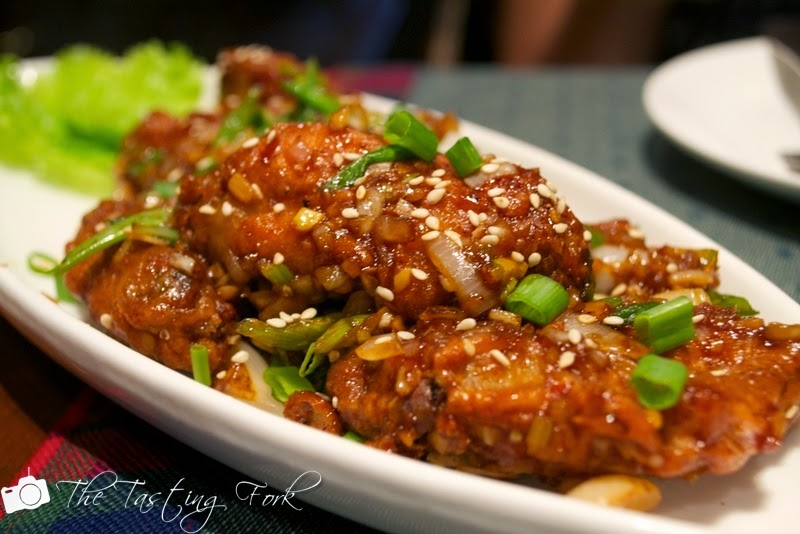 The Shawarma came in pita pockets, served with hummus and baba ganoush, along with fattoush salad and greek salad. The Shawarma was nice but not great. It lacked the authentic Lebanese flavors bur the stuffing of the shawarma was nice. Coming to the dips - the hummus was really sour, and I communicated this to the manager at the end of the meal as well. Guessing it was because of too much lemon in the dip. The baba ganoush was better than the hummus but again, not great. 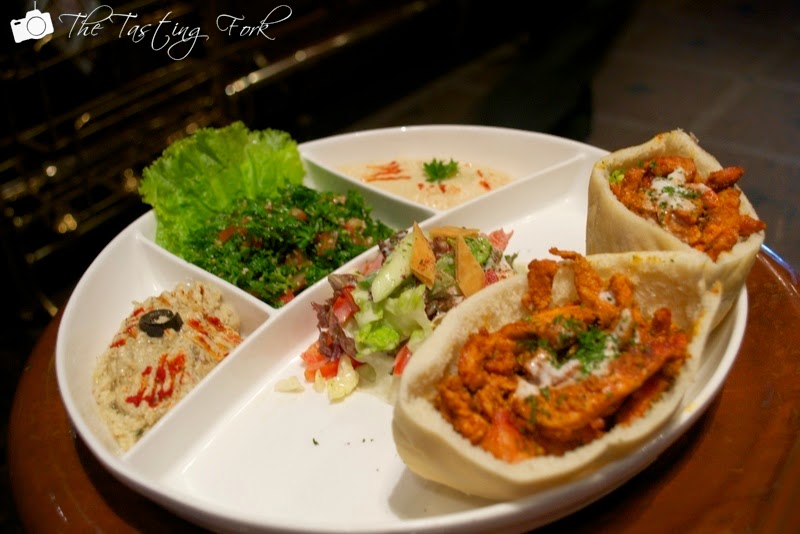 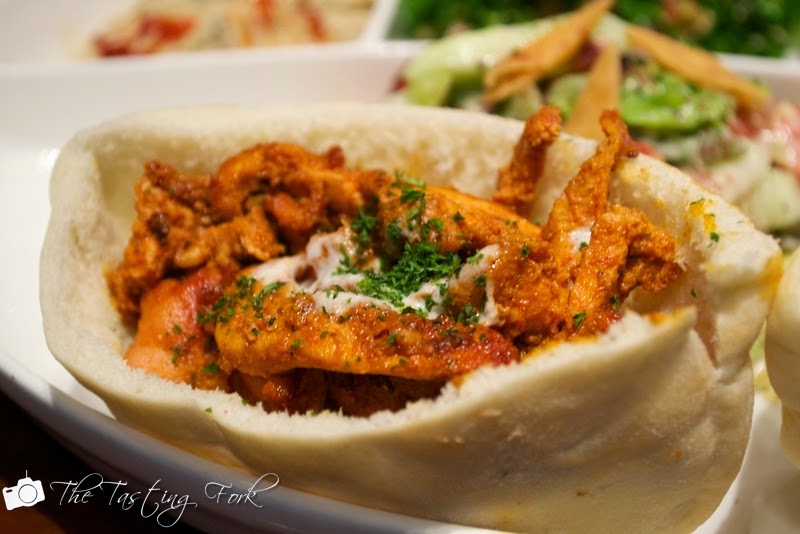 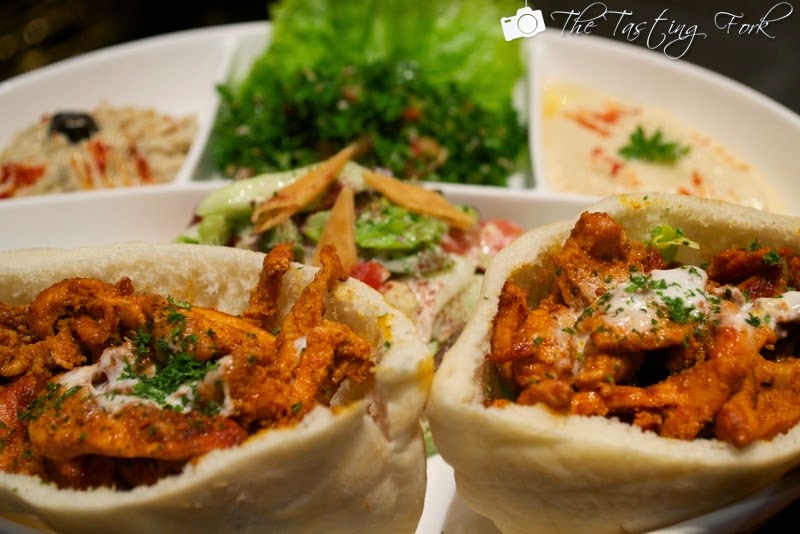 The Chicken Crispy Tacos was the highlight of the meal for me. Crispy, just as the name of the dish suggests, filled with minced chicken mixed with a thick gravy that was absolutely sensational! Topped with salsa, sour cream and cheese, these tacos were to die for!! It was a perfect dish! The tacos were served with some herbed rice that were just as awesome as the tacos. 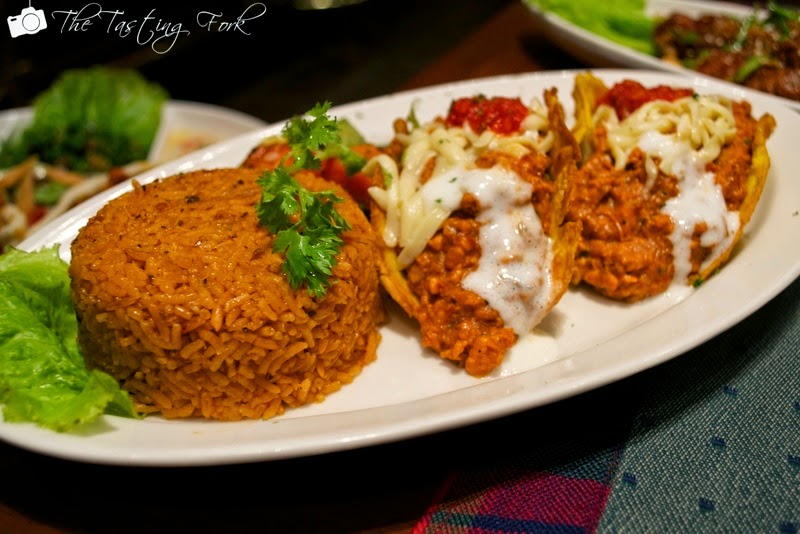 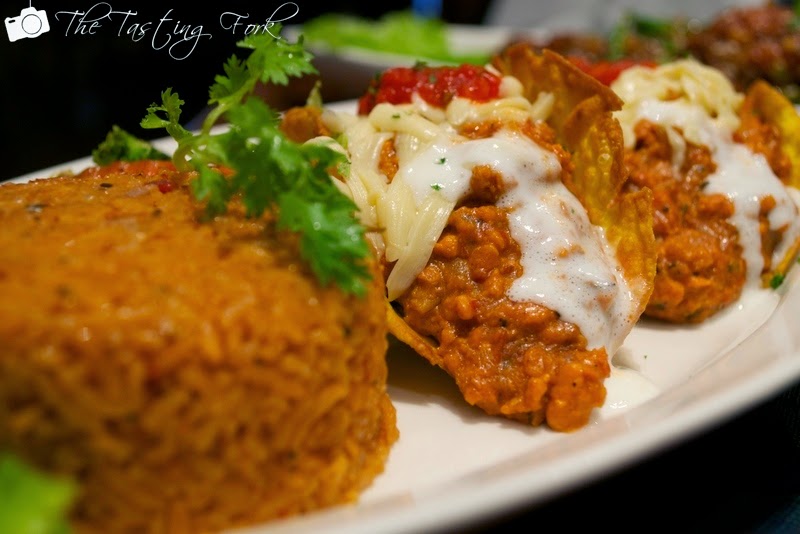 For mains, we went with a half ’n’ half pizza - Pepperoni and Chicken Tikka, and a Penne in Pink Sauce with Chicken. The Pizza was a disappointment. It was either not cooked properly as far as the cheese was concerned or it had a very peculiar creamy sauce at the base that was really strange. The toppings were really nice, but that creamy sauce and the undercooked base are really what brought the dish down. 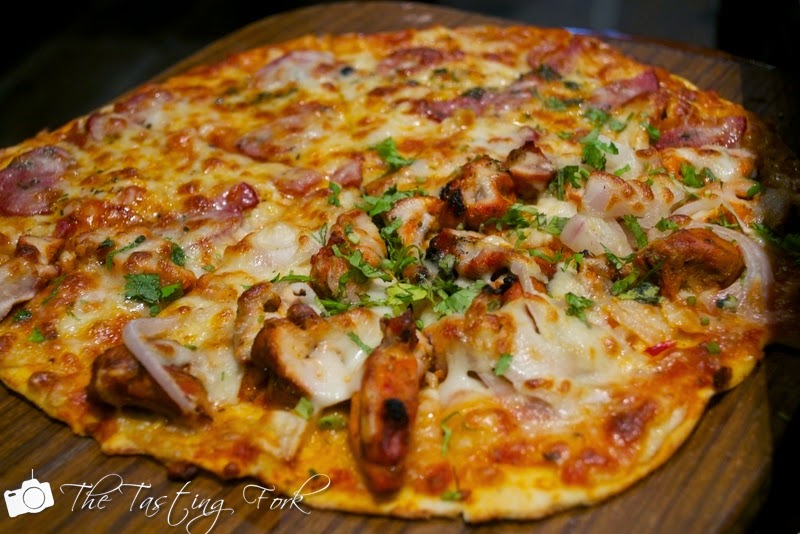 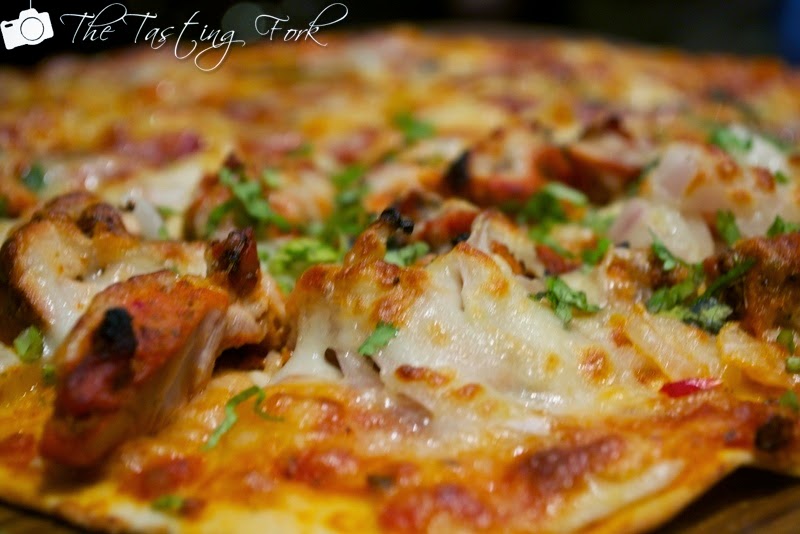 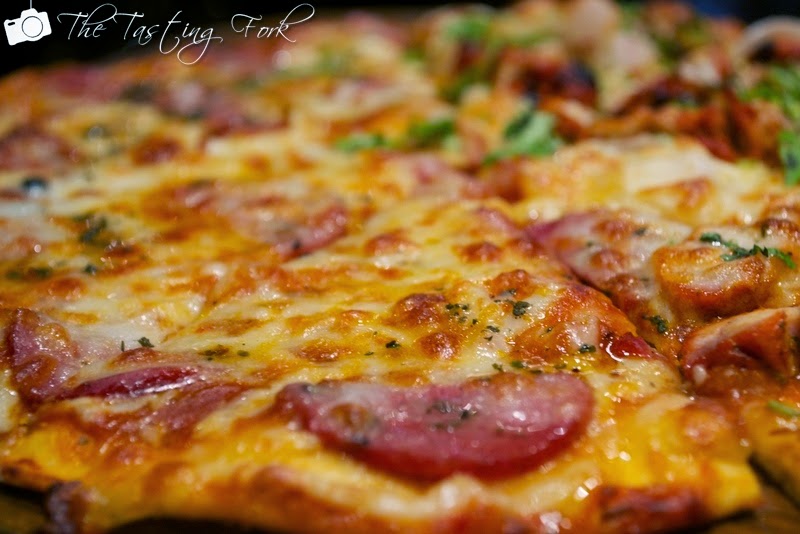 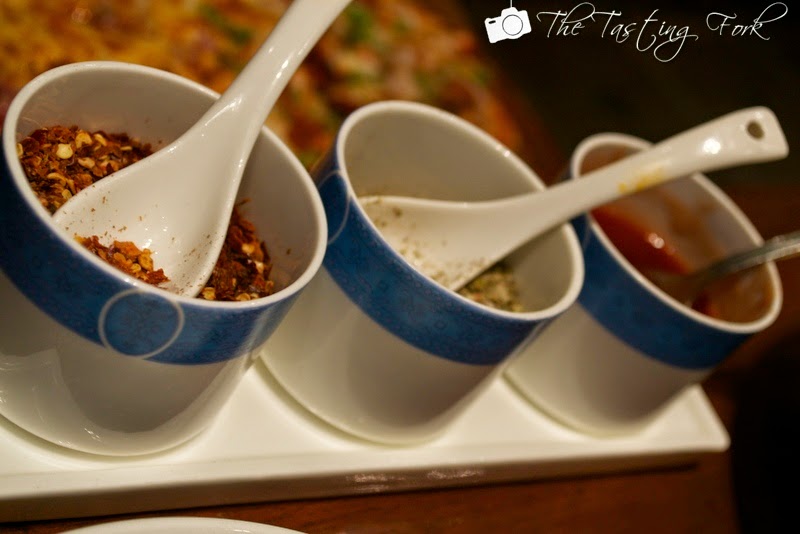 The Pasta in Pink Sauce was just as I like - saucy, with the perfect balance of white sauce and red sauce. It was deliciousness to the core! A very smooth, velvety sauce, beautiful chunks of chicken and sausages, and that lovely penne. The dish was an Indianised one but I loved it anyway. The garlic breads that came with the pasta were really bad but. It was just the way you make garlic breads at home - topped with lots of butter and heated on a pan full of chopped garlic. You could see the chopped garlic on the bread! This is the Indianised component of the dish that I didn’t like. The bread was crispy and baked alright, but the taste of salted butter and chopped burnt pieces of garlic in every bite was something that wasn't so appealing. So I’ll say just have the pasta and avoid the garlic bread. 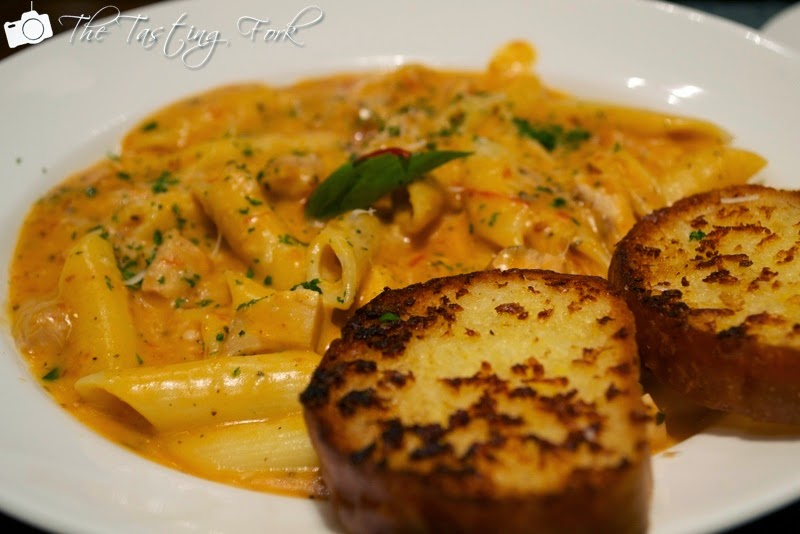 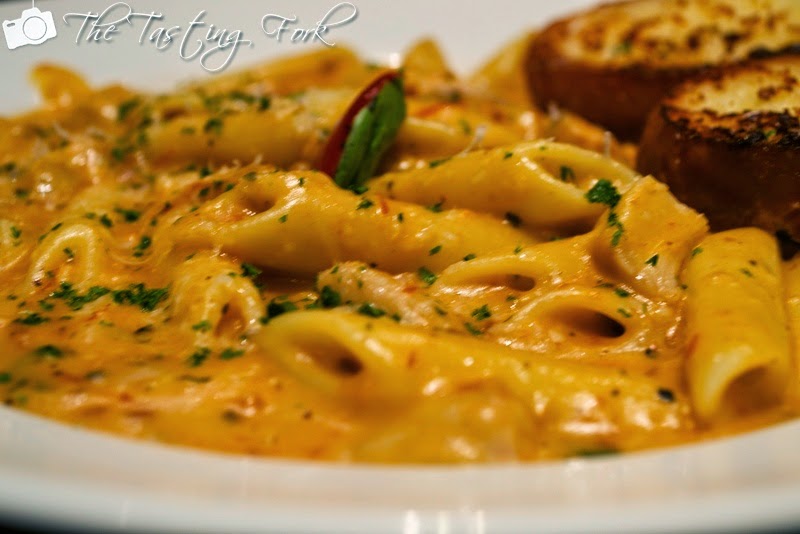 For desserts we ordered a Sizzling Brownie with Ice-Cream. The brownie, oh my, craziness! The brownie was just the way I like it - not with too many walnuts, very gooey, and superbly intense with chocolate! The ice-cream wasn’t the basic vanilla that is served with brownie everywhere, it was a coffee-flavoured ice-cream! The brownie and ice-cream came on a sizzler plate for us and then we had a little bit of a show on the table - the server poured the beautiful chocolate sauce and the plate sizzled! A sensational dessert this was! 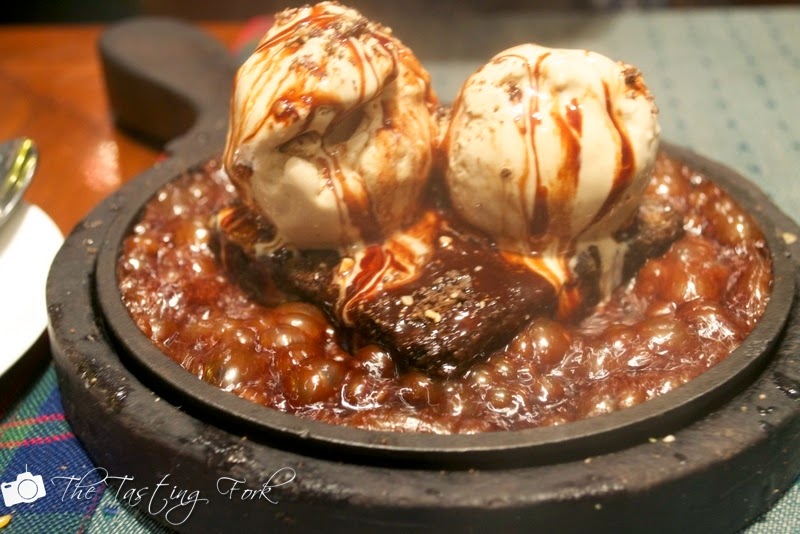 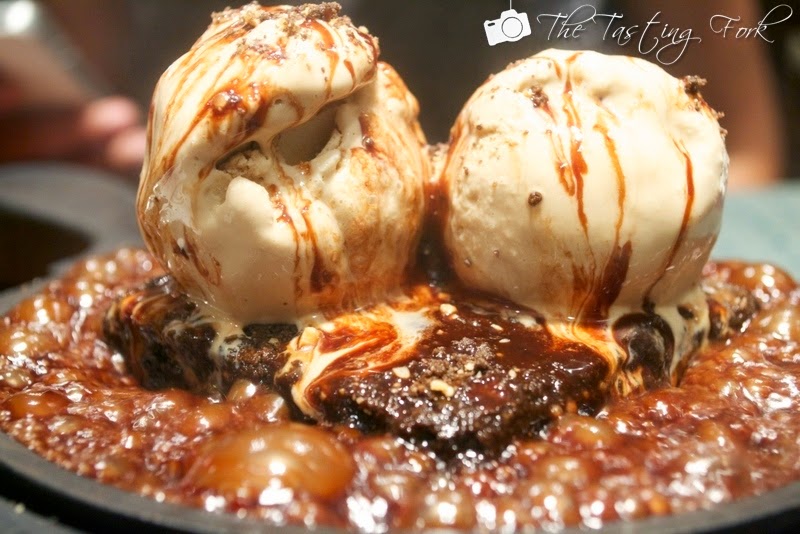 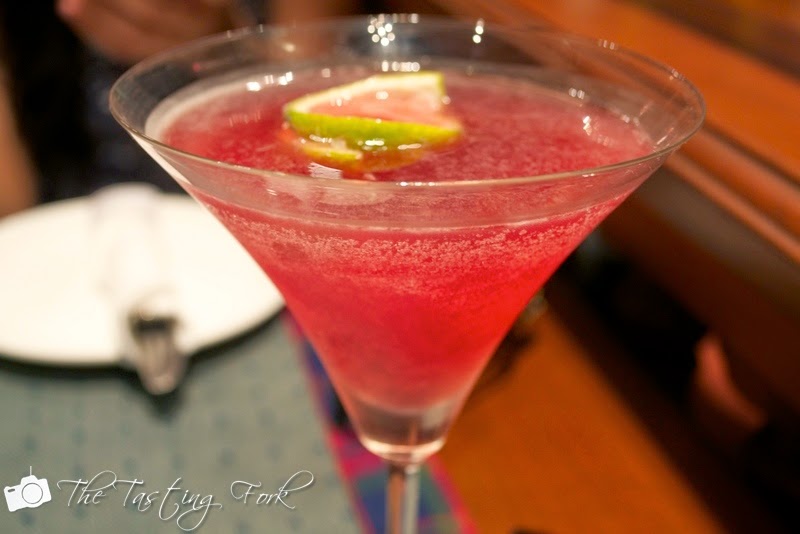 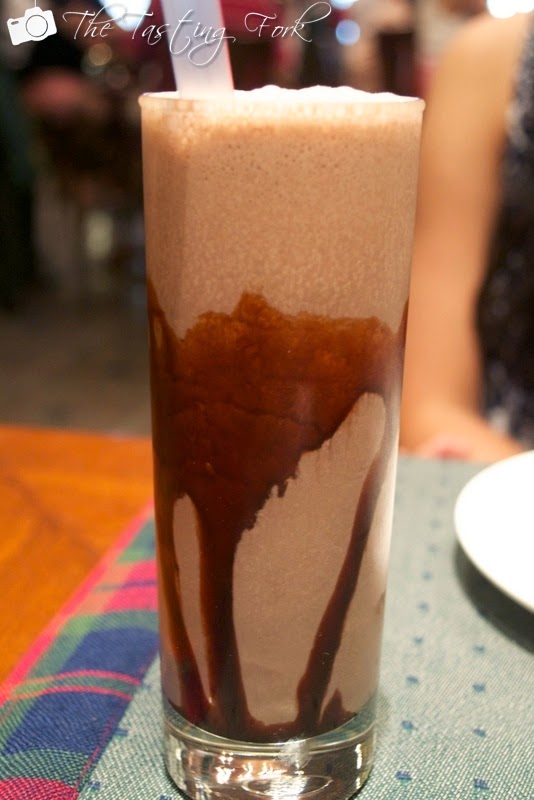 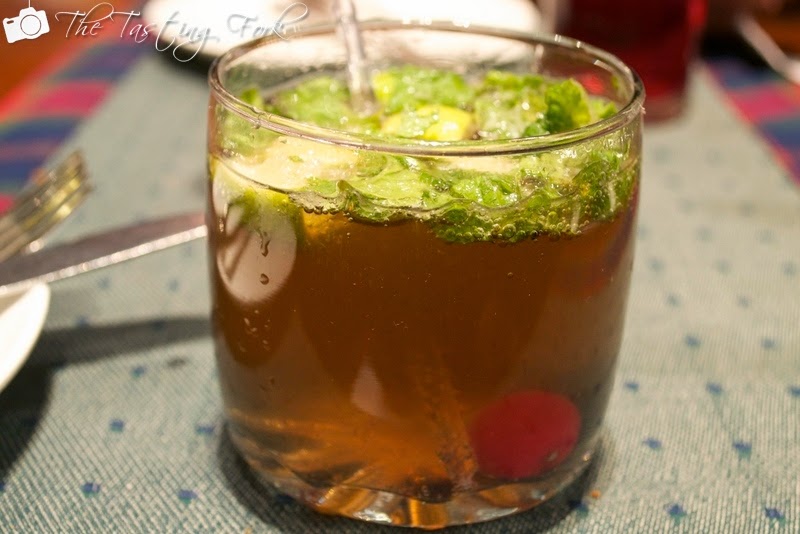 The service was too prompt, the prices aren’t too high, and the ambience was decent in all aspects. The washrooms were clean, which is definitely a plus for me.

The place was packed during lunch and I would definitely want to come for their VFM buffet again. Some dishes impressed and some failed on this visit, but I am really looking forward to their buffet. If you plan to go there for an ala carté meal, don’t forget to order for their tacos!!