Mamagoto does not need an introduction. Having multiple outlets across Delhi NCR, people who love Oriental/Pan Asian/Chinese food have been to Mamagoto at least once (most of them have), and a major chunk of that is in love with the food at Mamagoto.

Frequenting them for their delicious food (it's difficult to point a finger and mention the dishes that are great over there), not once has Mamagoto been inconsistent in its offerings.

On the occasion of the chain completing five years, they launched a new Dumplings and Chinese Breads menu that they invited bloggers for. Not one dumpling out of this menu was even average. All of them tasted par excellence, and yes, I do believe the food would be very good at events where the restaurant already knows bloggers are coming, but the food Mamagoto serves is known for being hardcore delicious and consistent (as I mentioned above), so there is no question of the dumplings being less tastier for when I would visit them otherwise. I completely vouch for this new menu of their's, and I truly consider Mamagoto to be serving some of the best dumplings in Delhi now. They have equal options for both vegetarians and non vegetarians, they gave a lot of importance to variety and included fried, pan fried, and steamed dumplings in their menu, and they have a lot of variety for seafood lovers too.

It is extremely difficult for me to pick my favourite out of the lot, but I totally fell in love with the Street Style Dumplings (Shrimp), Char Siu Puff (Pork), Old School Gyoza (Chicken) and Jungle Dumpling (Veg). I cannot even describe how mouth-watering these dumplings were.

The Street Style Dumpling was bang on with taste and spice content. Topped with hot street style red chilli sambal sauce and stuffed with minced shrimp, the dumplings were too too good. 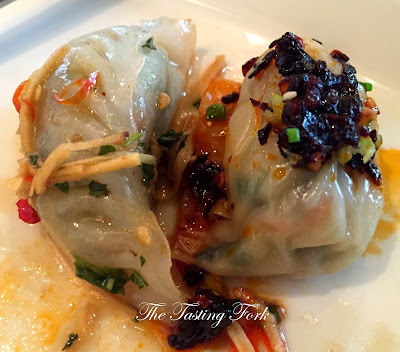 
The Char Siu Puff was stuffed with pork which was slightly sweet but too delicious. The pastry was flaky, it was warm, didn't have too much oil, and the combination of the flaky pastry with the yummy pork was just brilliant! 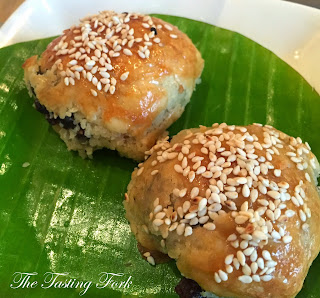 Old School Gyoza was a pan-fried version that was topped with a spicy momo sauce. The sauce wasn't spicy per se but had the real vinegar and soy kick. Superb is like understating how good these dumplings were. 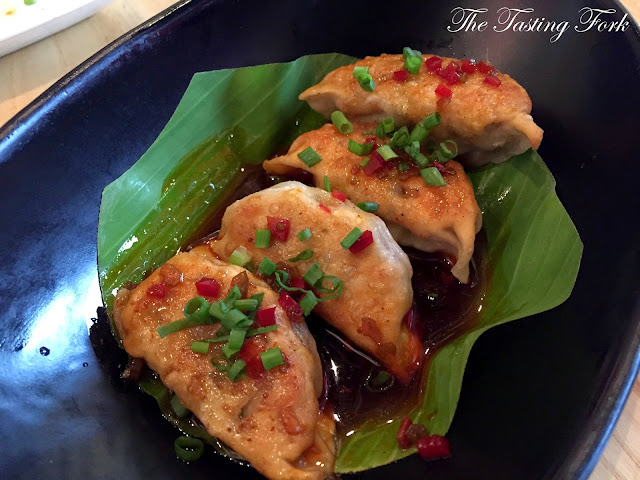 Their Veg Jungle Dumpling were proof enough that they're giving equal preference to the vegetarians as well (unlike most places). Took two servings of this one, but still couldn't get enough of it. The dumplings looked extremely appealing being green in colour, but tasted even better than they looked. Chive infused dumplings with chopped veggies and thankfully no mushroom, they were topped with a smacking mix of soy sauce and ginger. Excellent stuff! Tried the Jungle Dumpling Shrimp version too. Equally delicious, I would say. 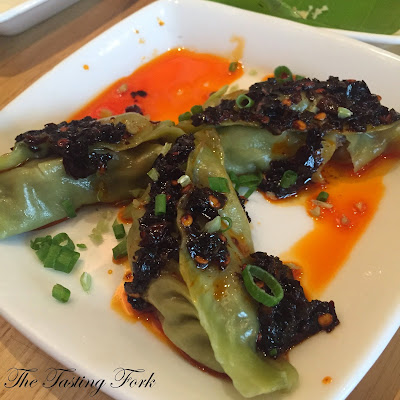 Their Chinese Chicken Puff were similar to the Char Siu, but the only problem with them were- they weren't cooked thoroughly. The stuffing was cold (yes, cold), maybe because the chef would be in a hurry to be serving so many dumplings at once. But had this issue been fixed, these would have shone for sure! 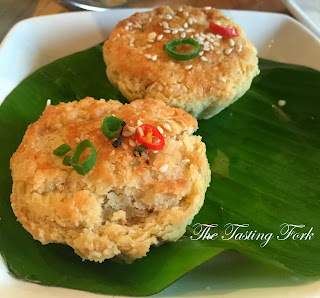 Porky Apple Mantou Makeover - Mantou, a Chinese bread, was what this was served inside. The bread was really really delicious! The stuffing was that of pork belly with caramelized apples infused with red chilli. The pork was really well-cooked, but I just don't like my food sweet. A little sweet is fine, but with apples and stuff, it becomes really sweet for me. But that's just my personal taste and choice of food. The flavours worked well for people who enjoyed it, only my barrier with sweetness in my food forbid me from liking it. But oh my, the bread! 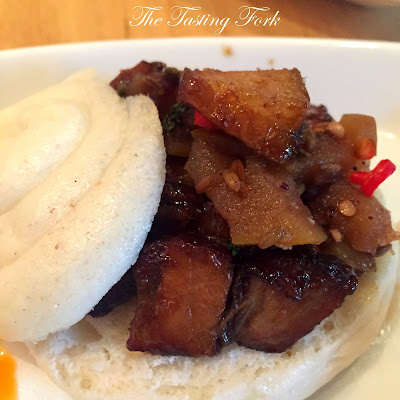 Another version of the Montou bread was Tokyo Metro Montou. The stuffing was crumb crusted crisp chicken topped with a little wasabi mayo and Japanese BBQ. It is hard to decide whether the wasabi mayo was the shining component of the dish for me or the crumb crusted chicken. With the montou, the dish becomes very filling. 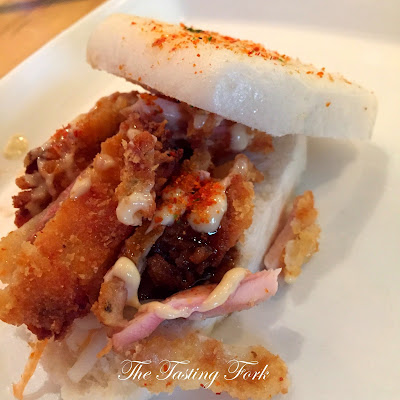 Mango Coconut Sago Pudding. With very small chopped pieces of mango and a mango custard, there's a little aftertaste of coconut in it. I'm not a fan of coconut in my desserts, so I wouldn't go back for the dessert. But for people who are, what beats a dessert that consists of the king of fruits in summer? Nothing, I'd suppose. 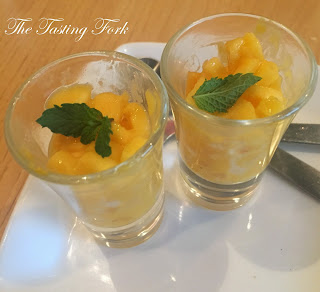 Their Dumpling and Chinese Bread menu is truly truly exceptional! It's not very often when an entire menu of a restaurant pleases me so much, but when it does, I earnestly tell people to go there and try the food, for they really are missing out on something if they don't.

This menu is available at all of their outlets.