One of the major reasons I envied people living in Gurgaon was their ability to order sushi and have it delivered to their doorstep. And no, even though Delhi has a lot of sushi places, there's none that delivers to areas far off. Having Sushi Haus opening in Delhi was such an amazing news to me! To try their sushi and see what the buzz was all about when they initially were only in Gurgaon, I went to the Grub Fest in Nehru Stadium to try them out. And oh my, was it delicious?!

Sushi Haus is a delivery only concept. They have a base kitchen where they operate out of, but you can't go and pick up stuff from there. Their sister concern is Asian Haus that also works on the same model.

They started operations in Delhi around 10 days ago and I ordered a lot of sushis from them (some as a part of their trials). They had a few misses in terms of delivery time and service but that was something they had informed people beforehand. So you can't complain if the restaurant tells you ahead of time that they might take some time more than the usual to deliver your food. Considering it was only trials, their sushi even then was outstanding! Seeing the stuff they gave before and after the trials, there was no difference in terms of the taste at all. 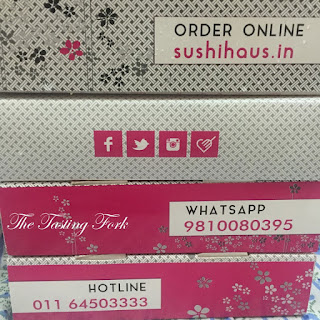 Tried a couple of veg and non veg sushis, and surprisingly, one of my favourites from their menu is a vegetarian version.

Veggie Philly Roll was more basic and straightforward in terms of flavour. Not anything different going on but plain old delicious sushi. This roll consisted of cucumber, avocado and cream cheese. The veg sushi that I completely fell in love with was the Tofu Tempura Maki. With tofu encased in a crisp spicy tempura coating and some delicious spicy mayo, this stands as my favourite one! Edamame California Roll is a good option for people who like edamame, but for someone like me who doesn't like it, you have a lot of other options to choose from. The texture of edamame just ruins it for me. 'The Haus Roll' is available at Sushi Haus in both veg and non veg. Being named as so, it clearly tells you that it's the restaurant's specialty. And a specialty it is. It's like Christmas in a sushi- both for veg and non veg. The veg Haus Roll had avocado, spicy basil sauce, cheese and tanuki. The cheese elevated the sushi for me like no other, and the flavour of avocado in sushi is unparalleled to any other ingredient's. The sauce holds the most importance for me as that is what binds the sushi together and brings out the flavour. Pairing a wrong sauce with wrong ingredients can really mess up your sushi. But the spicy basil sauce went perfectly here. Order the Haus Roll in case of any doubt, and in the want for something simpler and spicier, go with the Tofu Tempura Maki. 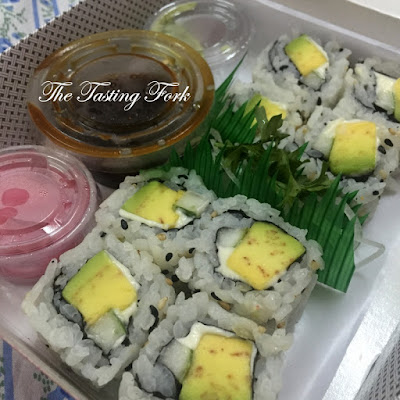 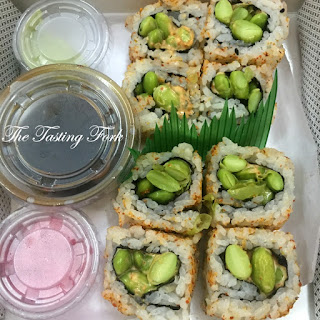 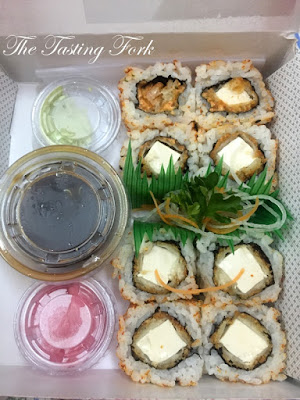 The Haus Roll non vegetarian consisted of yellowtail, crab, miso and tanuki.The miso here was delicious! A very satisfying sushi. But my favourite out of the non vegetarian sushi is Red Dragon Roll. Consisting of tuna and salmon on the outside and prawn and avocado on the inside, the mix of all the seafood created an exemplary taste! Really really delicious. The Zen Roll had sweet tuna on the outside and spicy mayo with prawn tempura inside. After avocado my favourite ingredient in sushi is difficult to choose among these two- spicy mayo and anything in tempura. The Zen Roll balances flavours beautifully with all these ingredients! Tried the Yellowtail Maki that was sweet and went well with the soy sauce. All of their non vegetarian options are superb! Order any and you won't be disappointed for sure. 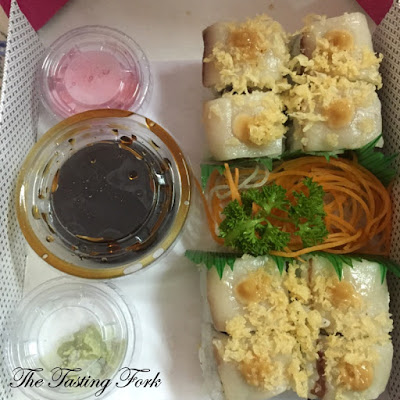 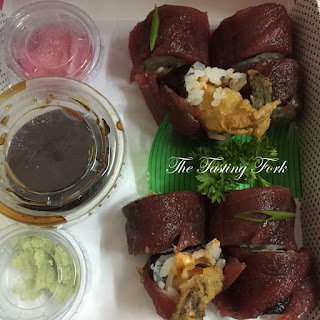 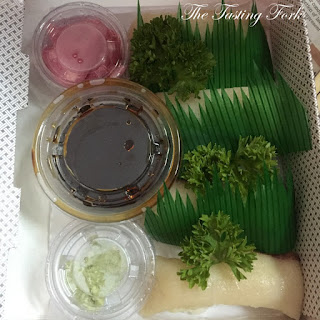 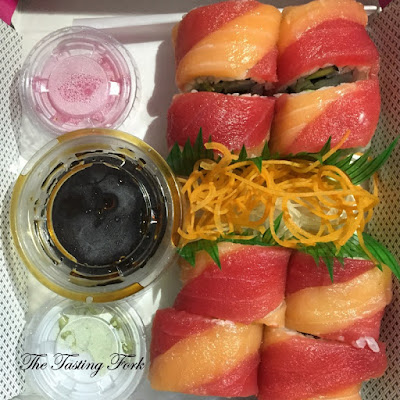 Their sushi comes with wet wipes in sealed packets and chopsticks. Each box of sushi comes with wasabi, ginger and soy sauce. Their wasabi isn't SO pungent that you'll find yourself crying, but is really good without being extremely pungent. The packaging is very pretty and as compact as it can be. Those pink and white boxes are lovely to look it! The disposable containers for the accompaniments with sushi are really nice too. Nothing spills on your sushi till you don't open those and spill it yourself :P 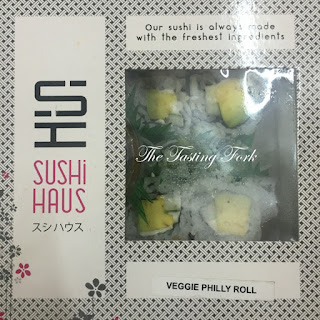 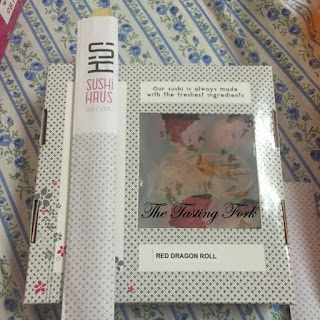 The pricing is at par with any other restaurant, maybe even lower in some cases. Really fresh and yummy sushi delivered to your doorstep- what more do you want in life? Healthiest eating coupled with deliciousness.