New In Town: Imly, Rajendra Place, New Delhi, dishing out street food from all across India!

A 250 feet long train that has an engine, wheels, the right colour of paint to give it a vintage feel, shelves with suitcases and bags over your heads, and televisions that show you the scene of how it is when you’re travelling in an actual train and looking out of the window. This is Imly for you- a restaurant that provides you an entire experience, and not just a meal. 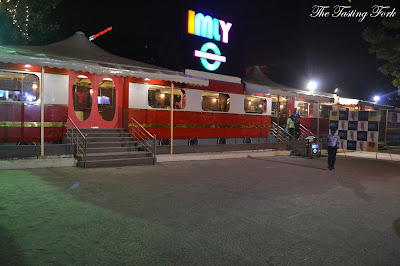 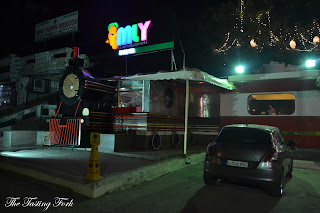 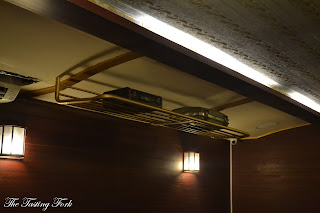 Opened in the Hog Market of Rajendra Place, Imly has a hugeee area in front of the restaurant, and that is what makes it all the more attractive to passers-by. The restaurant is built in length, just like a train, and the seating is that of chairs and tables. The lighting is shades of yellow and the servers have really quirky outfits. Everything from the cutlery, the way it is packed, to the interiors, the menu in the form of a newspaper, and the whole essence of the restaurant- it really lives up to its concept. 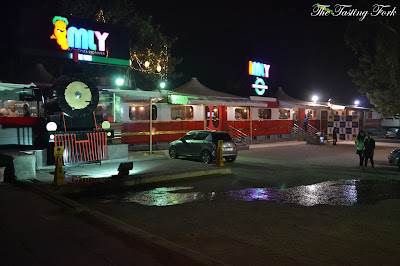 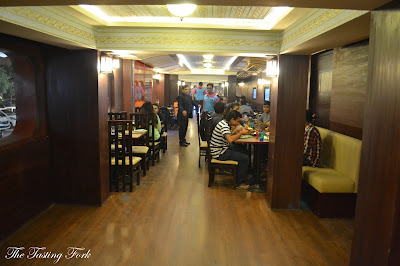 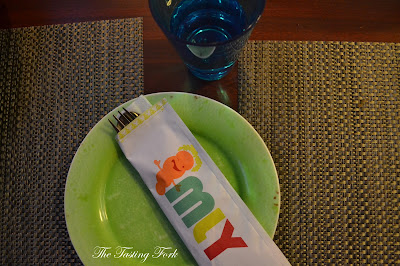 I started my meal with a complimentary drink- Shikanji. Tasted the Kokum, Mango and Ginger flavours. Very refreshing with masala inside it, and served in a banta bottle, the Kokum flavour was my favourite! 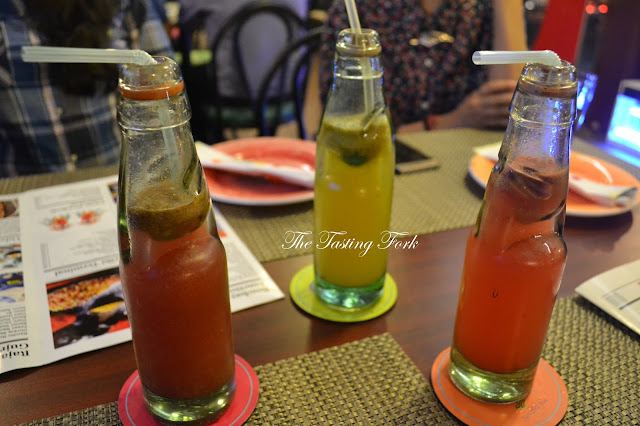 Had Kanji Vada from the Rajasthan section, Dosa-The Imli Way from the Madras section, and Bhel Puri from the Bombay section. The Kanji Vada was served warm and had a really yummy flavour to it. What made it even better was the tomato chutney. Excellently presented! The Dosa was simply outstanding! It had a stuffing of vegetables and potatoes, with a masala coated on the inside of the dosa and shredded cheese for the awesomeness that it was. Served with 4 types of chutneys and sambhar, this dosa was seen on almost all the tables. A must must try! The Bhel Puri was really good too- just how you get it in Bombay. 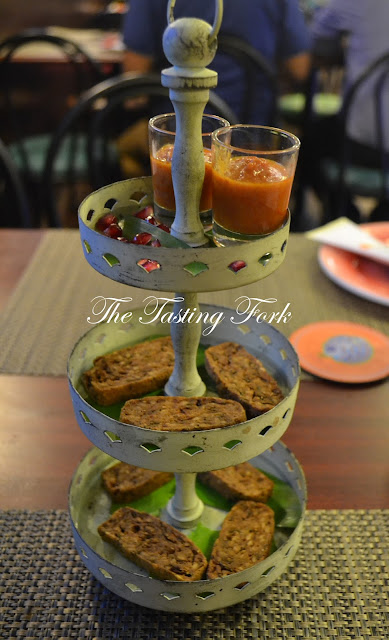 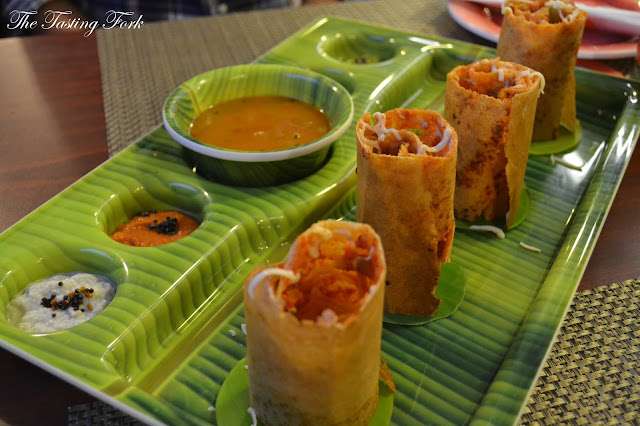 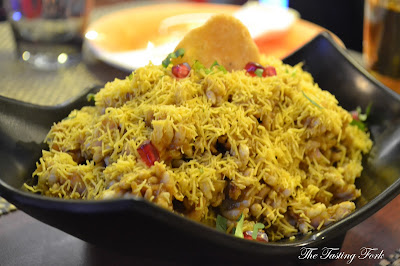 I then tried Chhole Bhature and Dahi Gol Gappa Chaat from the Delhi section, Gatte Ki Subji combo, Rajma Chawal and Pasta in Mixed Sauce. The Chhole Bhature were outstanding for a place that’s not a roadside stall. Delicious Chhole and such fluffy crisp bhaturas with no oil at all. 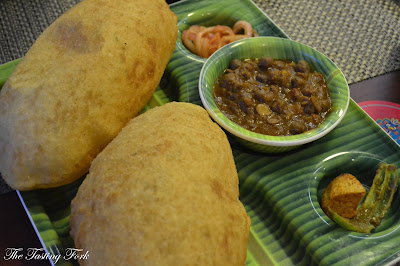 The way Dahi Gol Gappe were presented was crazy! (see below) The best part about these was the extremely chilled curd that elevated the taste of the gol gappe to another level! 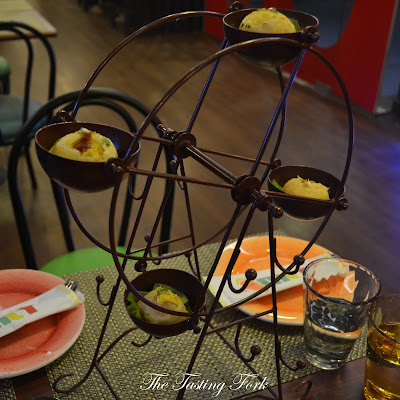 The Gatte Ki Subji combo consisted of Gatte Ki Subji that nobody could stop drooling over, two Bikaneri Parantha and Dahi gujiya which was Dahi Bhalle and seviyan on top. The gatta was as soft as you can imagine and spoke of flavour in every bite! Really amazing stuff and something very different. 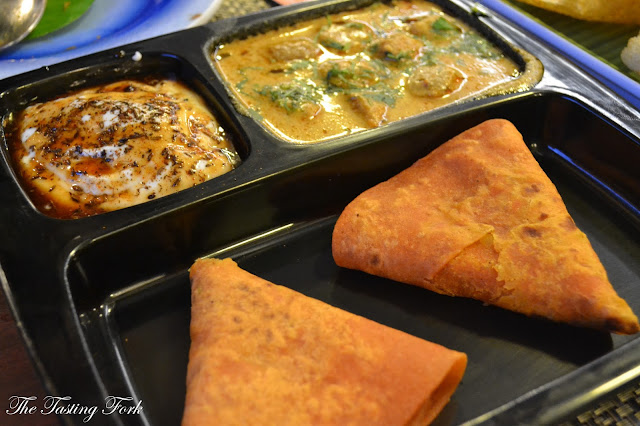 The Rajma Chawal was okay, nothing to rave about. 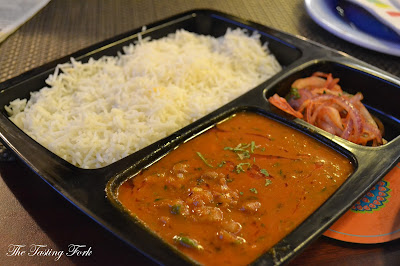 The Pasta in Mixed Sauce was extraordinary for a place that excels in street food. That one dish proved that they do everything given in their menu with expertise. Not bland, not undercooked, not too creamy or too tomatoey, but just right! Deliciousss pasta! 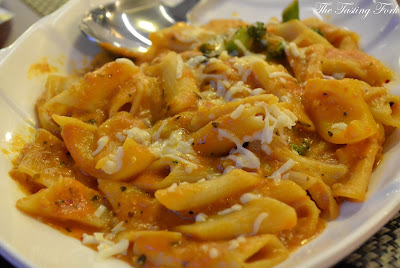 I tried their Jalebi with Rabdi for dessert and it was a really good end to the meal. They didn’t have the Vanilla Oreo Moussecake and the Rasmalai Tiramisu so I tried this. Warm and nice the dessert was. 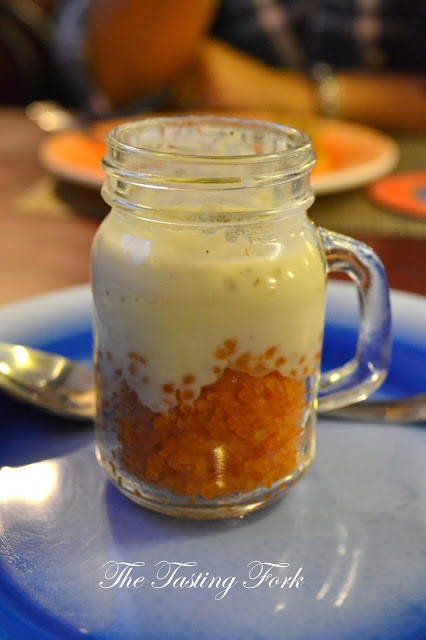 In drinks, apart from the welcome drinks we tried Relaxation Moment Fresh Juice and Sunset Fresh Juice. Both weren’t anything special, quite average actually. So stick with the Banta Shikanjis and you will love them! 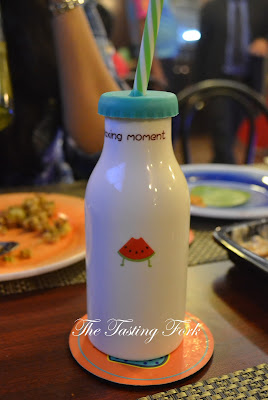 The place does food with lavish helpings and at really really affordable prices. To give some perspective to people, they can’t even be compared to the usual Bikanervala and Haldiram’s, or even Sagar Ratna for that matter, that vegetarians flock to because of lack of vegetarian dining out options. Imly solves that problem for you in a very impressive way! The food is presented beautifully, the staff is kind and it’s a complete package for you. Will definitely be my go-to joint when I’m looking for yummy regional street food. Plus, there are still a gazillion things left to try from their menu!!