A new Tapas Bar in town situated in Andheri! Located very close to the Telephone Exchange, this new bar and restaurant has interiors done up in beautiful hues of white, with plush seating and a huge bar that makes as the center of attraction. 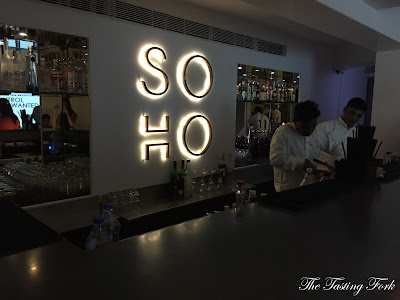 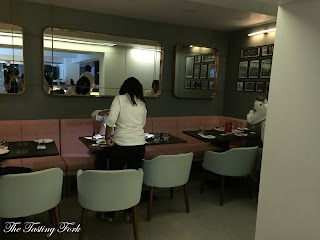 Visited Soho last week and I just have praises for the place. Even though they’ve just opened a month ago, the teething problems were hardly visible. Their food is really really really good, and the cocktails are no less. To add the cherry to the cake, the prices are not at par with other places, they’re much lower.

With fusion food and tapas from all over the world, not just from Spain, the food is definitely here to make a mark. A very innovative menu and very inclusive as well. There’s something for everyone.

I tried their Stuffed Bhavnagri Chilli which was chilli stuffed with cheese, mushroom and a yoghurt dip (as the menu says), and fried to a beautiful crisp. It was absolutely mind-blowing! You’ll order another portion of it instantly- it’s that good! The taste of the yoghurt dip and the cheese in the chilli are killer! The Patata Bravas weren’t as great as I expected them to be. The Yellow Cheddar Jalapeno sauce was served on the side, and not poured over the fries- the way patata bravas are originally served. The consistency of the sauce was too thick after keeping it on the table for 3-4 minutes. The taste was spot on, only the cheese content in the sauce was too much to thicken it in no time. 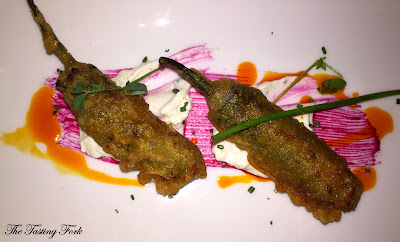 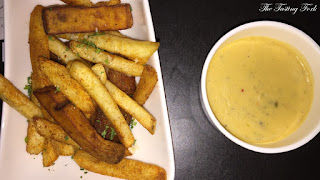 Great Beer Batter Onion Rings! Very light and fluffy, not at all oily with the coating on the onions being really thin. Not as crisp, but very good otherwise. 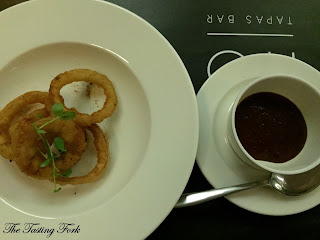 The Catalonian Gambas are a must try here. Prawns tossed in a Catalonian stew- full of flavour and spices, with very juicy prawns. The Soft Shell Lamb Tacos make up for an amazing heavy starter, while the Soho Loaded Nachos with Chicken are your perfect accompaniment with the cocktails. Not dry, not lacking cheese or salsa (the two essentials). The nachos are made in-house and the scoop of sour cream on top make them all the more delicious. 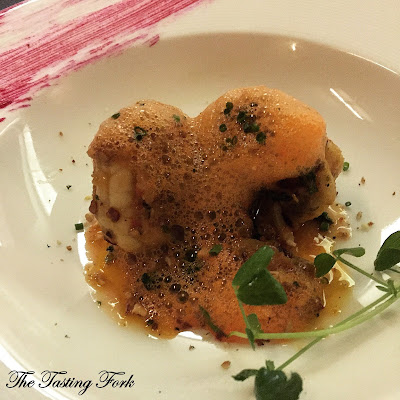 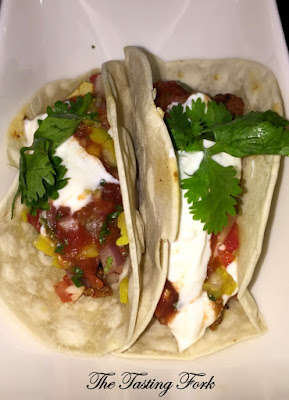 For main course the Chef suggested me to go with the Serrano Tequila Prawn with Paella and Wasabi Silk. There wasn’t one component in this dish that didn’t shine. The huge prawns stacked one on top of the other, the superb paella with yummy spices, and the very delicate wasabi silk binding everything together without being overpoweringly pungent. It was THE dish of the night for me! A must order when you visit Soho. 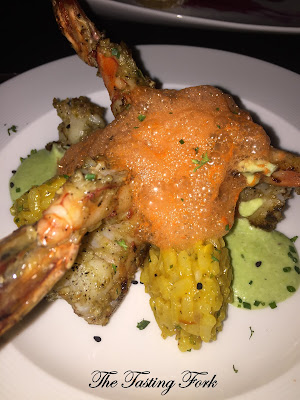 For dessert I tried the Blueberry Cheesecake which was served with blueberry compote on the side. Very very very light- you won’t feel stuffed after polishing this off. Not the best I’ve had, but a nice end to the meal. For people who don’t like their desserts loaded with sweetness, this one’s for you. 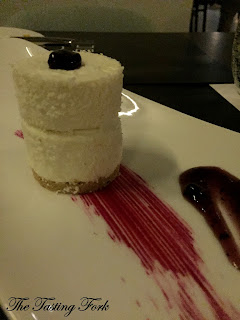 Tried their Watermelon Martini, the Sangria and Bellini. The Watermelon Martini was really nice and refreshing but I would have liked it slightly less sweeter. The Sangria was good and the Bellini too was really sweet. A plus point about their drinks is that they’re served really potent. Only if the sweetness quotient can be fixed they’d taste really good. 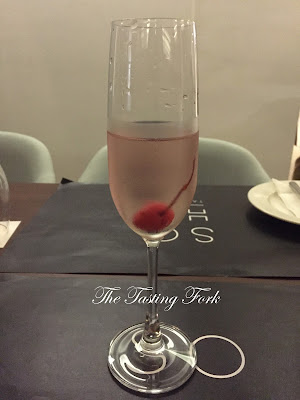 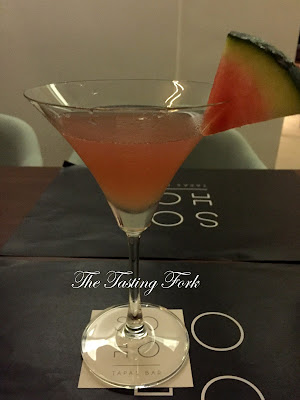 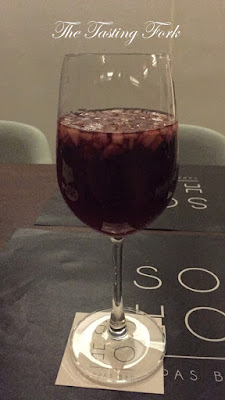 The place has karaoke nights, and their host makes sure everyone has a good time with all the singing and entertainment. A good change from the usual dining where people just eat and leave. Had a chat with the owner and saw they’d really given a lot of thought to the concept and the place. The food is really great, I say that again. The prices are a motivation to try the place out, and the ambience just adds to the whole feel. A really good place added to the Mumbai restaurant and bar scene! Also, they don’t open for lunch.

Disclaimer: The review was done on an invitation from the establishment. All views expressed belong entirely to me and are completely unbiased in nature. However, readers may exercise their own discretion.
Posted by Unknown at 02:59