Roneli and Bohemia Beer Pvt. Ltd bring to India the first Czech beer- Bohemian King. A strong Lager beer which has a slight bitter taste, is very smooth in texture, and is not coarse on the throat. It is very similar to the beers we’re so used to having, hence my belief that the Indian market will take it very well. 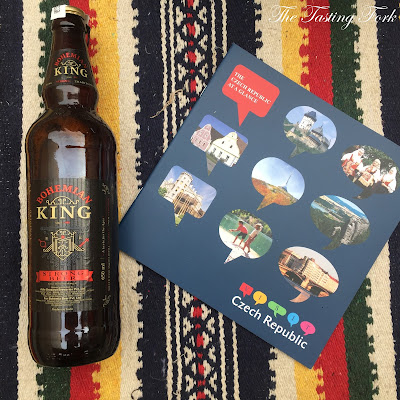 This Lager beer has its ingredients brought in straight from the Czech Republic. They have only come out with a strong version of Bohemian King, and it comes in 2 kinds of packaging- a 500ml can and a 650ml bottle (priced at 160). With a pull-on cap and a sturdy attractive black and red design of the bottle, you will absolutely love this beer which has a 7.5% alcohol content in it. It does not have a fruity flavour to it, or a fruity aftertaste, it’s very firm and full in texture- really really good! 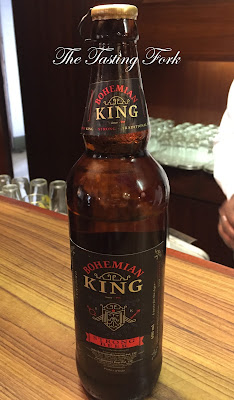 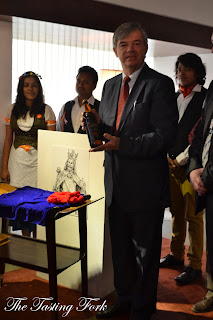 Launched barely a week ago, the event at Embassy of the Czech Republic saw a lot of people from Czech Republic, Roneli and Bohemia Beer Pvt. Ltd present. Milan Hovorka, the Ambassador of the Czech Republic in India spoke about the ingredients of the beer, its taste and texture, the culture that beer drinking is in Czech, and how they wish to bring not just their beer but also this culture along with them to India. Antonin Kovarik, Export Director, Roneli talked about the consumption of beer in the Czech Republic being 140-150 litres per person annually, as opposed to only 2-3 litres in Indian. But how they wish to tap into the rapidly growing beer market in India and expect the consumption in India to double soon. Gaurav Sharma, Director, Bohemia Beer Pvt. Ltd explained how the premium beer market segment is growing at a rate of 200%, much faster than the normal segment, and how Bohemian King which is focused on the premium segment will be a strong player in a short span of time. Rakesh Dhawan, Managing Director, Bohemia Beer Pvt. Ltd talked about their vision of being the 6th largest player in the Indian beer market in their first year of operations, and the Indian beer market currently growing at a rate of 10% annually.

The recipe for Bohemian King comes from Brevnov Monastery in Prague- the oldest brewery in the Czech Republic (established in 993), with over a 1000 years of Czech brewing experience.

Bohemia Beer Pvt Ltd is responsible for the sales and marketing of the beer, and is currently supplying Bohemian King to Delhi, Punjab, Rajasthan, Haryana, Assam, Chandigarh, Madhya Pradesh, Bihar and West Bengal. The brewery is situated in Punjab, and they plan to expand their distribution to other states as well by creating more breweries in the next phase. The attractive design of the bottle with a red and black colour, the beer recipes, technical know-how and securing of premium hops is being taken care of by Roneli. 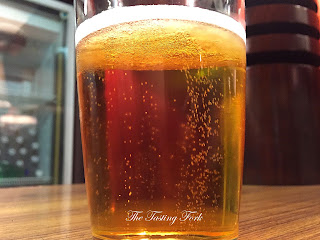 The bottle looks really impressive, the beer inside it is all the more impressive, and beer lovers now have more variety for them too. This one’s definitely going to be loved by people! Get your hands on a bottle now and tell me how you liked it!