Blooms at Eros Hotel Nehru Place is hosting a Vaisakh (Baisakh) festival till the 23rd of April. With food from 4 different states- Bengal, Punjab, Tamil Nadu and Kerala, they’re giving a wide array of flavours to treat your taste buds with, and dishes that you don’t usually get all under one roof. 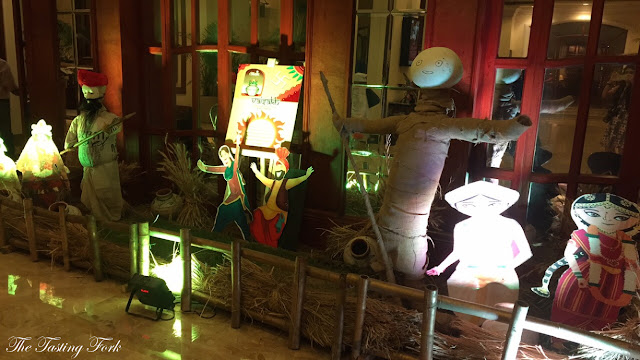 The set up of the restaurant, the décor, ambience, the music, the entire feel- everything has been designed keeping the theme in mind. There are 4 counters for each state in the outdoor area, and seating that takes you back to the village life. Charpai with tables, waiters dressed up blended so well in the theme,  but most importantly the menu! 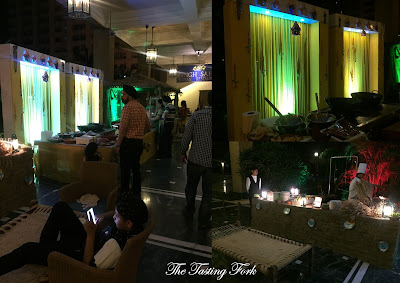 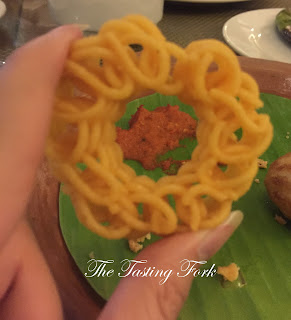 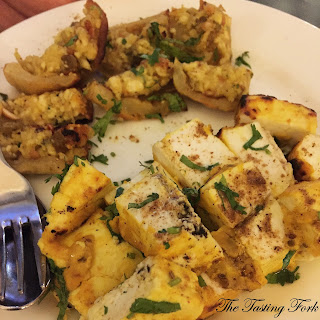 Started the meal with the first counter- Punjab. I was a vegetarian that day due to the navratras so can only say how the vegetarian food was. Paneer Tikka and Aloo Bharwan were the first appetizers I tried. The aloo was superb, but the paneer could have been softer. Moved to the Bengal counter- the most exciting one and the one I was the most unacquainted with. The Jhal Muri and Puchka was so so different from the ‘gol gappe’ and ‘chaat’ we’re well-versed with in Delhi. Sour, with a kick, without any pinch of sweetness. So different! Tried some cutlets here which were made of banana peel, and I was totally blown away by them! Extremely impressive stuff! The Kerala counter was however my favourite. Fluffy appams with stew, Paniyaram- a deep-fried South Indian dish made of idli batter mixed with cashews and raisins. Bite-sized things that you dip into the tomato chutney and pop into your mouth. Superb! Envied people enjoying Meen Polichhattu, Fish Curry, Roasted Chicken and all the non-vegetarian goodness. 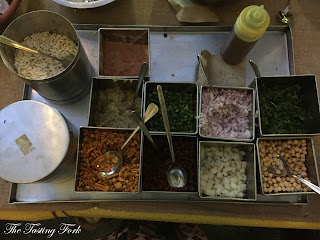 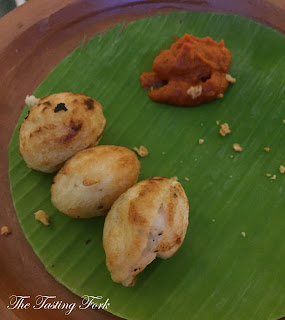 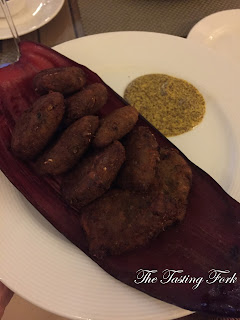 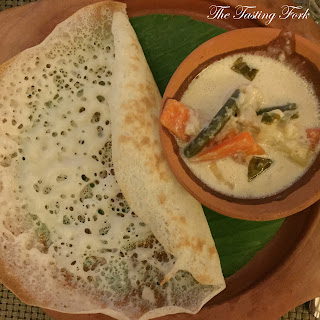 Food from the 4 states was incorporated in the main course menu too. And that was surprisingly even more delicious than the starters. Coming from a person who was only eating vegetarian, it has to be really good! Punjabi Aloo Paneer Kofta was something everybody would fall in love with. Paneer and aloo wrapped in a kofta, tossed in a rich thick tomato cream gravy. Bhaja (from Bengal) was potato, eggplant and kerala). Crisp, delicious, not spicy but full of flavour. Puliyodharai (from Kerala and tamil Nadu) was tamarind rice. I can go on and on about the other dishes too, but you get the point. 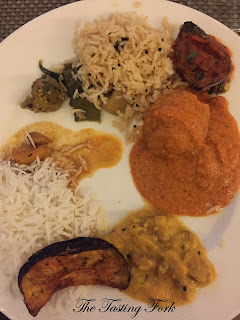 Disclaimer: The review was done on an invitation from the establishment. All views expressed belong entirely to me and are completely unbiased in nature. However, readers may exercise their own discretion.