Pizza Express has become very famous when it comes to people dining out for pizzas now. And with the increasing popularity, they get something new to the table with a festival every now and then. The current festival they have is the Hawaiian Express. A range of pizzas, a starter and a pasta, is what they have on this menu, along with a wide array of cocktails and mocktails.

The Hawaiian Express menu started with Lamb Polpette in the signature thick tomato gravy of Pizza Express. This sauce is addictive with such good balance of sourness of the tomatoes and the spices in it. And the lamb by itself was so flavourful too. 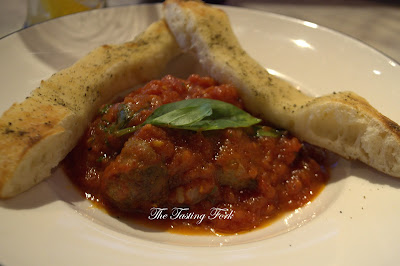 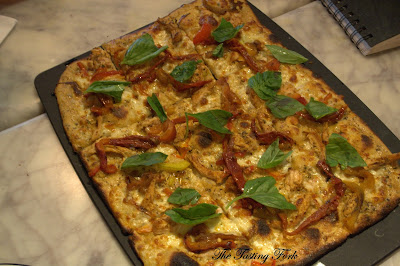 There are four pizzas in this menu, out of which the Pollo Cajun was my favourite! A nice thin crust pizza rectangular in shape, topped with Cajun sauce, Cajun chicken, emilgrana cheese, bell peppers and sundried tomatoes. Only the sundried tomatoes should have really been ‘sundried’, but the pizza on the whole was delicious to the core! The least impressive for me was Gambero. This pizza had an Indian touch with it, and the base was to die for! The sauce in the base was made of Dijon mustard and coriander pesto mixed with passata, and the topping was that of prawns and mozzarella with pepper. The thing that made this pizza was the overpowering taste of coriander for me. For a coriander lover, this pizza had nothing lacking in it, but for a person who’s indifferent towards it or not too fond of it, there was just too much coriander- first in the base and then sprinkled on top of the pizza too. But had the coriander not been there, I would have finished off the pizza in minutes with that beauty of a sauce in the base. Very different from the usual tomato based sauces. 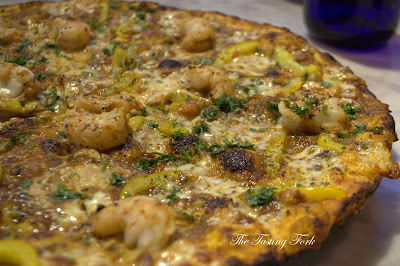 There was a version of Lamb Polpette Pizza too, which had the same lamb as in the starter, but the pizza also had onions, mozzarella, coriander, and a delicious yoghurt mint dip. I took off the excess coriander from this one because of the overload of coriander in my previous pizza, but the best part about this pizza was the yoghurt mint dip. Contrasting flavours when seen with the lamb but just what you need to cut down the heaviness of the lamb. Really yummy! The last pizza on the menu was Hawaiian ‘PizzaExpress’. This one had béchamel sauce in the base, and a pineapple chutney for the ‘Hawaiian’ in it. It sounded really overwhelming when I heard it, but thankfully the pizza wasn’t loaded with it. The chutney was only tasted in places and frankly, the crushed pineapples felt very good. A nice change from the pizzas based solely on lamb, prawns and chicken. This one had a surprise element. Out of every 5-6 bites you took, you tasted the pineapple only in 2-3, and it’s great that the chef isn’t shoving it in people’s mouth in every bite and making it too much for them. What balanced this sweetness perfectly was some crazy good crispy ham and onions, with a spicy chilli kick on the pizza. 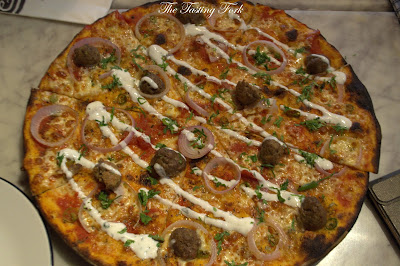 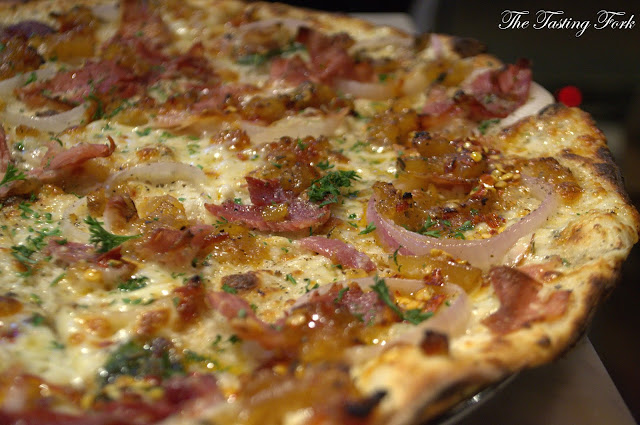 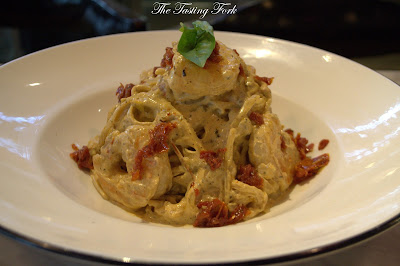 The pasta was a Linguine Cajun Gambero.  For 795 plus tax, this looks quite steep, but the pasta is loaded with huge juicy chunks of prawns that justify the price. The pasta was a cream based one with Cajun sauce and Cajun seasoning, sundried tomatoes and grilled pepper. Too creamy for many on the first bite, but I loved the pasta on the first bite. It’s heavy no doubt because of the cream, but I liked it. Not an insane dish I would say, but decent. The heaviness justifies the price all the more for me, but then for those it doesn’t, Pizza Express isn’t really seen as a pocket-friendly place anyway. Ended the meal on a sweet note with their Classic Cheesecake and Banoffee Pie. They have the best New York Cheesecake in Delhi hands down! 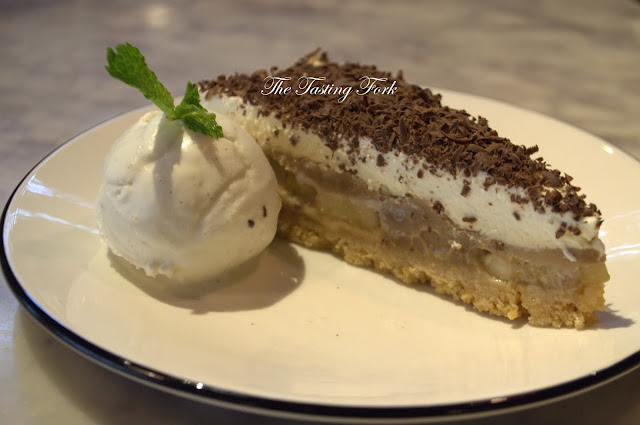 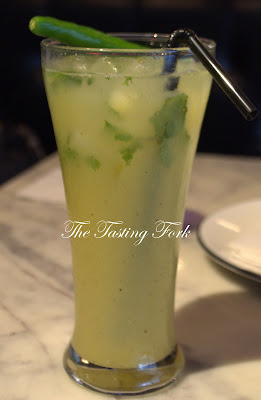 They have a decent share of thought given to the drinks as well, with milk based drinks and shakes given a lot of importance too. I tried the Mango Fresca- best of the lot. A nice sweet and sour mix of mangoes blended together (a crushed mango version) with ice and water. Very refreshing and not too sweet. Molto Berry wasn’t as good as the Mango Fresca for me (maybe because I don’t like my drinks too sweet, and because I have an aversion for drinks with too much crushed ice), but it’s a nice drink for people who like sweet fruity drinks (with berry and apple). Out of the cocktails, the Guava Mary is a sure shot winner. It doesn’t even need a description. Just go and order it! 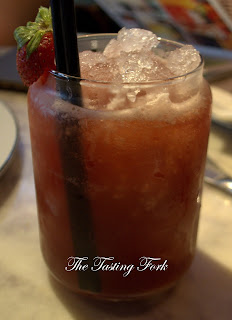 Before we started with the Hawaiian Express menu, Chef Manish gave us a live demo of making pizzas, and let us make one ourselves too. From the base, to spreading the sauce, topping it with cheese and vegetables, and telling us the nitty gritties of pizza making. Quite an interesting session! Did you know, the sauce used at Pizza Express in the base of their pizzas is called a passata sauce, one that’s common across all their outlets in the world. Talk about consistency and standardisation across outlets! For every pizza of theirs, they use 85 grams of flour and use Carlo oil on the edges of the pizza before baking it. When we got around to making our own pizzas, we did so with all the precision we could- using 78 grams of the passata sauce, following the technique of rolling the dough and stretching it, and making sure the pizza didn’t have thick edges. 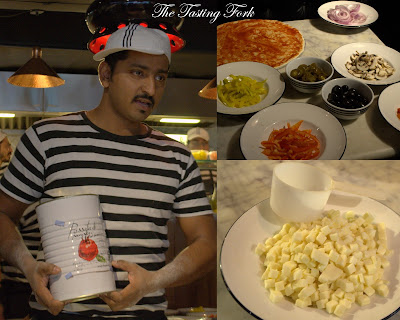 The festival is a really good one for me. The things that I liked the most- Lamb Polpette, Pollo Cajun Pizza, Hawaiian ‘PizzaExpress’ Pizza, Guava Mary and Mango Fresca.