Cooking in the Nando's Kitchen!

Nando’s, makers of the famous Peri-Peri Grilled Chicken, held a contest for bloggers where teams of two were made and each team had to present a dish to the judges, who would then taste your dish and rate it on different parameters.

The event took place at their Cyber Hub outlet where a kitchen tour was first given by the manager to each team before they got their hands dirty and dived into the hardwork. Their kitchen was just as any other food chain has their kitchen- clean, hygienic, with smart use of technology and minimalistic use of man power wherever they could make it happen. But the most fascinating thing out of all was the machine in which Nando’s cooked their chicken. This was the smartest machine of their’s, and the most droolworthy too. Droolworthy why- there were rods of chicken kept one on top of the other, the juice from the top most chicken in the rod dripped to the one below, and then one below, till the last one, and then into a tray. So it ensured each chicken was juicy as hell, and the the excess juice got collected in the tray below. You can’t even imagine how delicious it smelled, and how insane it looked- crazy stuff!

The highlights of the kitchen were the place were vegetables are cleaned thoroughly and disinfected (twice), the area where the chicken and other veggies are grilled (there are separate grills for both veg and non veg), and finally the area where fries and potato wedges are prepared. These were also the areas where I worked during the time I cooked my dish.

I was then given a cap to cover my head with, shown the sink where I washed my hands, and moved to the area where I chose my vegetables and chopped them. Chose mushrooms, red and yellow bell peppers and broccoli. For my dish I chose to serve a grilled chicken breast in hot sauce, over a bed of spiced rice, a side of vegetables that I grilled, and a side of fries. To cut down on the heaviness and spices of the dish, there was a dollop of yoghurt dip too. Grilled the chicken but the rice was already prepared beforehand so didn’t do anything there. 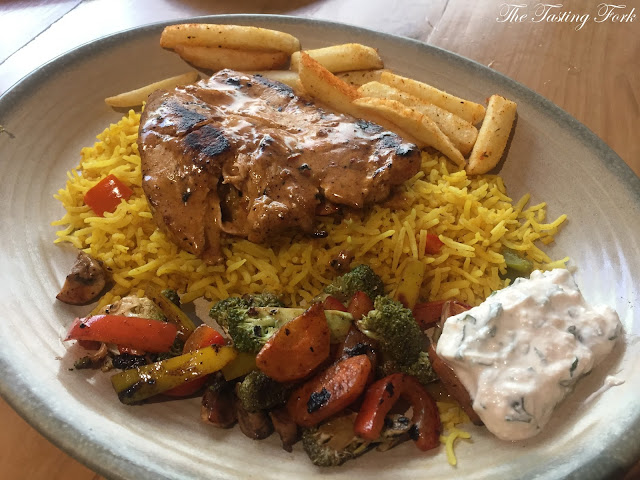 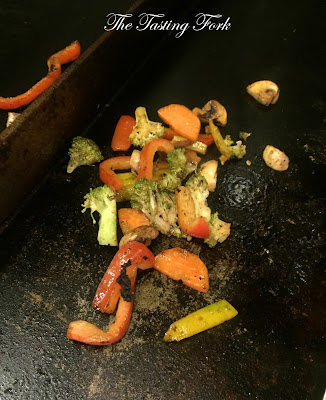 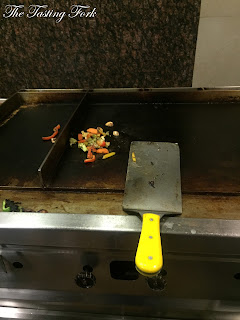 Cutting to the end, skipping the part where everybody else’s dishes were tasted, my dish was tasted and both positives and negatives were shared by the judges. I didn’t win anything, but the entire experience in the kitchen, seeing the inside of Nando’s and getting to know how they work, making my own dish and plating it up- was too to exciting. A great event by Nando’s!