Punjab Grill has come out with a month-long festival called Rangla Punjab, that’s on at all their outlets till the 15th of May. A festival like they’ve never done before, and I’m solely talking about the taste of the food and how different the dishes are. Different not in our tryst with them, but because of the roots of the dishes, how they have been replicated from there, how those dishes are hardly available in Delhi otherwise on the regular menus of restaurants. As the name suggests, Rangla Punjab tells you the story of the colourful state of Punjab through its food. 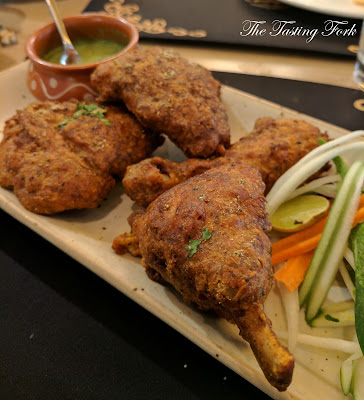 The menu ranges from starters to main course, and through till the desserts. And they also have thirst quenchers from the land of the five rivers and a variation of soup. There’s a decent variety in each of these heads, and I tried a couple of these based on the server’s recommendation. My friend tried the Kanji and said it was nice, but I moved straight to the appetizers. The Chargha Murgh and Mutton Champa were the two non vegetarian starters that were way better than what I imagined. Chargha Murgh had a thin crisp coating on it, and under the coating the chicken was layered with a thick masala. A very very flavourful chicken, with flavours and spices in each bite. Needed no chutney to accompany it- that good. The Mutton Champa was also a true delight. Very thin, beaten to get that texture of the mutton. It was like a semi-hard semi-soft kind of a dish that was breaking in pieces easily. A beautiful preparation, bang on in terms of the flavour! 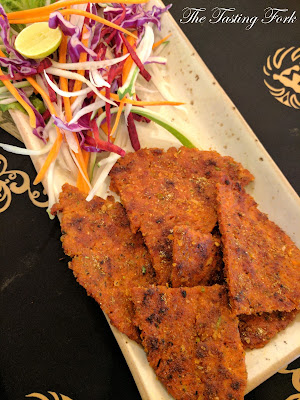 In vegetarian we tried the Tikki Chholey, and oh my, Punjab Grill can give a tough competition to all the chaat vendors famous in Delhi for their tikki. Beautifully crisp, so crisp that you even hear the sound of the crunch once you bite into it. The tikki was stuffed with potatoes, and loaded with chhole on it, some saunth chutney, curd and coriander chutney. The chhole were amazing- no surprises there. The entire package was so delicious that you could not stop eating the tikki even if you were full. 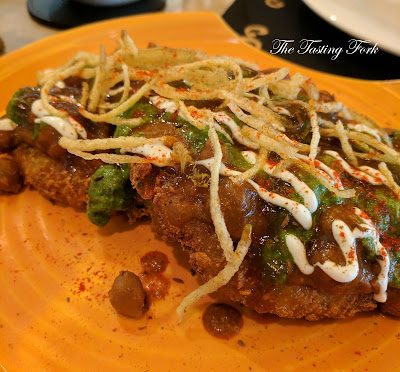 Main course in the Rangla Punjab festival has a lot of dishes, and I went with Makhan Chooze '1965', Kachi Mirch Ka Paneer and Wadi Pulao. And of course, no North Indian meal is complete without Dal Makhni, so that too. Makhan Chooze was simply droolworhty, if I say it in one word. The Kachi Mirch ka Paneer came as a huge surprise to me. A very different paneer dish from the usuals, and one that had the flavour of green chillies coming out beautifully. It was spicy like it will have you with a running nose and fuming ears, but spicy in a flavourful way. A must must try to move away from the cliché paneer dishes. So good in taste! The Wadi Pulao was just as the name suggests- pulao and wadi (made of nutri), with some great great caramelised onions. Comforting and light, something not that rich or heavy on the stomach. 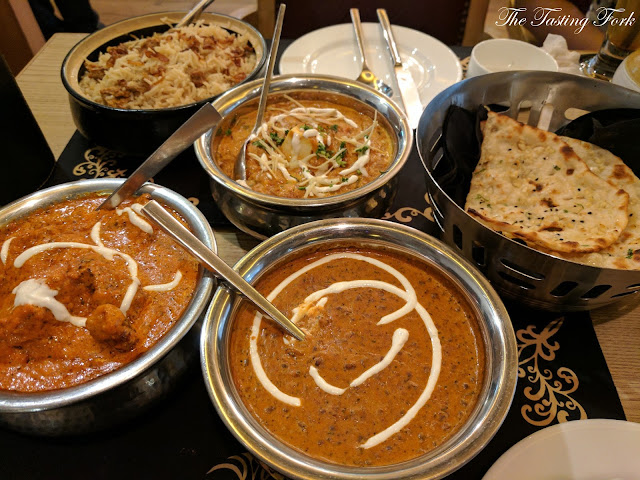 The meal ended with us trying both the desserts on the menu- Fruit Cream and Gur Ka Halwa. The Fruit Cream is really bad. The cream tastes like the industrial kind that sticks to the roof of your mouth and completely ruins your taste. The Gur Ka Halwa was fine but I wouldn’t spend 325 bucks on it and would rather choose a dessert from their regular menu. 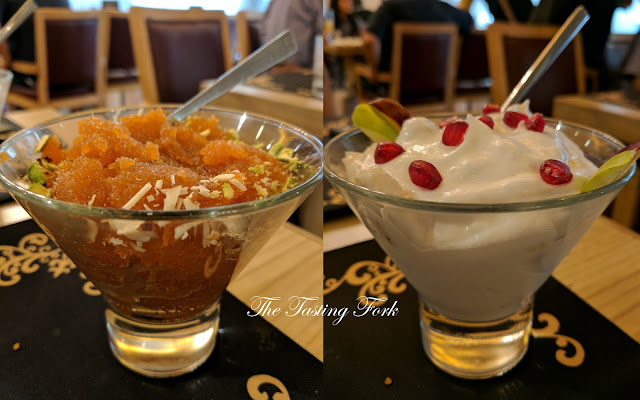 So all in all, the appetizers and main course are stellar but you should steer away from the desserts. A must must try for people who are fond of North Indian cuisine. It will be delightful to see how this menu impresses them. Lovely food!

Available at: All outlets of Punjab Grill