When I look back at all the events attended in 2017 at the end of this year, particularly the ones that were about spirits, wines and alcohol in general, Hendrick’s is going to top the list (at least it is till now) . Hendrick's Gin and A Ta Maison in Sunder Nagar, or ATM Bistro as many would know, hosted an evening by Hendrick’s Gin on the occasion of World Cucumber Day on 14th June, and what Hendrick’s presented was pure magic. Pure simple magic. 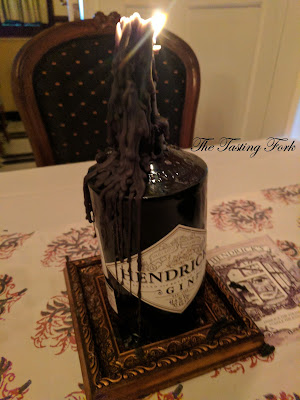 Hendrick’s Gin celebrated World Cucumber Day all over the globe, and when I came back from the evening and used a few hashtags for my social media posts the next day, I found how the evening and its look and feel was replicated throughout the globe as well. It’s one thing hosting the same event everywhere, it’s another thing altogether replicating the elements, the aura and the overall execution of the event everywhere as well. Kudos for that! 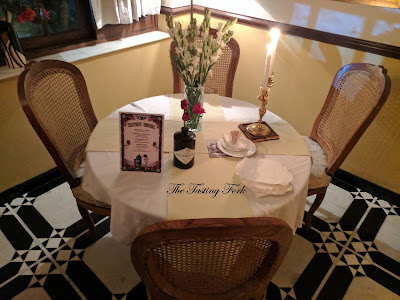 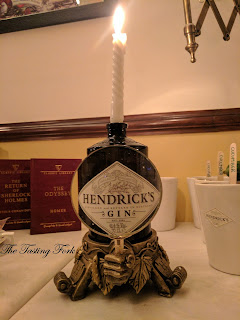 The evening was about Hendrick’s cocktails, a menu with cucumber in all the dishes, and a setup that took you to the world of Hendrick’s with all its stories, the décor, the literature, the people doing roleplay, the music, the banners- literally everything spoke of Hendrick’s and its history. Candles both white and black, sitting inside Hendrick’s bottles, the classic Hendrick’s with a magnifying glass holder, cucumbers kept everywhere- it was all too amazing to look at.

The aura of the place cannot be described in words, it was just something you could feel. The whole event had been put together so beautifully that all your five senses were being used to create an experience that took you to a different land together. From the moment you stepped into ATM till the moment you stepped out, you were in a different land. A person in a roleplay led us into the hall and shared the story of how Hendrick’s is made. With the ingredients that are used to make this unparalleled gin (with Bulgarian rose petals and the best cucumber), he introduced us to the world of Hendrick’s, and to very interesting people also a part of the roleplay like him- Madam Rosa and Doctor Cucumber. 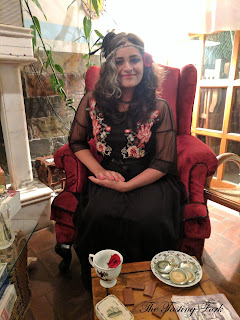 Madam Rosa read our fortune with the help of cards, and the room where she was sitting was another land inside this land of Hendrick’s. The polite and soothing voice, the sweet nature, the calming effect she had on us whilst we learnt about our personalities, was something very very interesting to experience. Not like any other tarot reading or palm reading, I must mention.

Doctor Cucumber, as the name suggests, did some chit-chatting with us on cucumber, and made us fill a glass with ice cubes as a small fun activity with some good humour here and there. 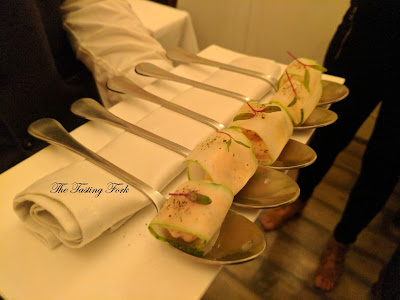 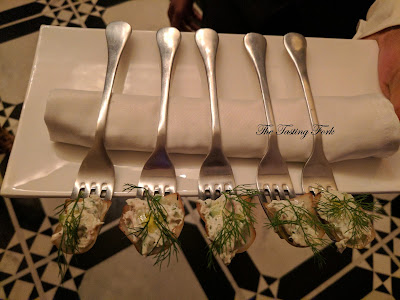 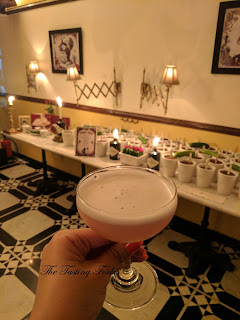 There were 5 cocktails on the menu that night, and my favourite one was Hendrick’s Club, which was made using rose and blackberry syrup, lime juice and egg white. Mind-blowing to an extent I can’t even begin to explain. A perfectly balanced cocktail!

Hendrick’s South Side was my second favourite drink of the night. With lime, sugar, mint leaves and sparkling wine, it was one refreshing cocktail. Something everybody would like, because of the use of ingredients that were present. People willing to experiment a little that night were ordering the Gin & Tea, which was another beauty of a cocktail made using Earl Grey Tea, lime and sugar. 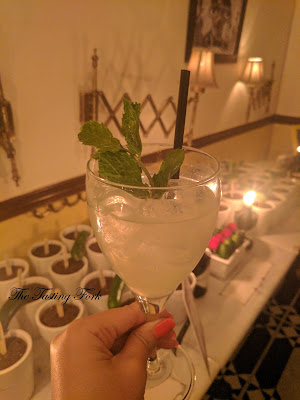 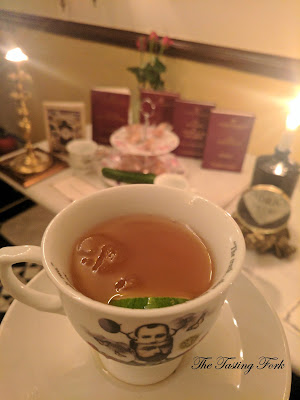 Hendrick’s shone brilliantly in all the cocktails, whether it was the simple Hendrick’s & Tonic or the refreshing Mr. Cucumber.

I repeat, the evening was simply magical! One of the best events I have ever attended, more so because of the overall aura they created. What’s more- they even gave us a present at the time of leaving- a cucumber plant! It’s currently growing with all my other plants and it is super super satisfying to water it see a leaf grow everyday! Will post a picture of the plant in all its beauty with the cucumber soon!!