JW Marriott Aerocity has an ongoing food promotion going on- The Royal Cuisine of Rampur. Isn’t the name heavy enough to tell you how grand the promotion must be? To me it was. So the day they had their opening night (or meal, if you may want to say), I went with my hopes extremely high, looking forward to a hearty meal that will be food for the soul. The menu is prepared by the third generation of the Nawabs of Rampur, who cook for the royalty. 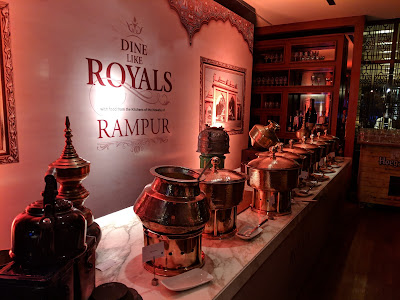 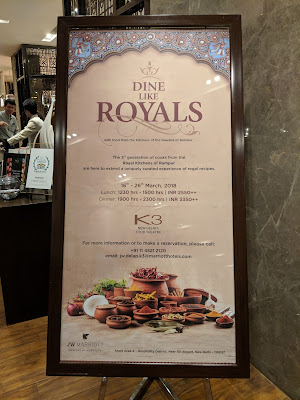 The promotion is happening at K3, the hotel’s all-day dining restaurant. K3 needs no introduction. The restaurant has enough credibility to itself for its buffet spread, and more so for its infamous Sunday Brunch. Any food promotion that goes on here, I can guarantee my buck and say that I can blindly go for it. And to put it short, the Rampur food festival was also just that.

The festival is a part of the buffet, so you get unlimited helpings of whatever you want- starters, mains or dessert. I’d say utilise all the space in your stomach for the incredible Mewa Mawa Shammi Kebab. Made of mawa, dry fruits, bits of paneer, and of course some secret ingredient they didn’t tell us, this one was shallow fried to make it extremely soft. Soft to the level that it would break when you picked it up. I don’t have a count for how many of these I devoured one after the other. Let’s just say enough to make this the numero uno in the entire menu for me. They did Dum Bukhara Aloo- a little tangy, a little sour coating on baby potatoes that were boiled. 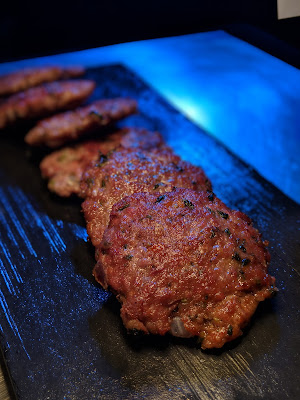 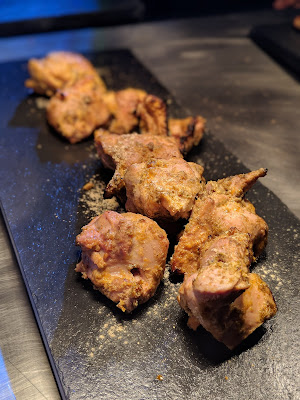 Non-vegetarian appetizers saw Kachche Gosht Ki Tikki and Murgh Sonda. The Gosht Tikki was another stellar of a dish. Packed with flavours, shallow fried, you could taste the mutton minced finely, but not too fine either; just enough to hold the tikki together. I think I had these only one short of the Mewa Tikki in number. The Murgh Sondha, the healthier one out of the two, was amazing too, but I couldn’t bear to betray the gosht tikki. 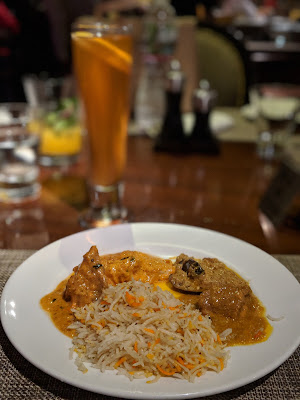 The menu at this festival has a lot of dishes on offer, so the menu rotates everyday. On the day we went, the main course spread had Tar Qorma and Murgh Changezi, with Kathal Salan and Baingan Tehri. The Kathal Salan was the death of me! Kathal so soft, but not shredded soft. The salan bang on with the taste- tangy, coarse, and brilliant. I can go on singing praises for the Baingan Tehri too. A thick gravy with baby brinjals, flavours infused till the very last bit of baingan; it was simply amazing! The non-vegetarian was extraordinarily delicious too, but I’d say the day belonged to the vegetarian dishes for me. Mutton Biryani with these dishes, and I was in a zone of my own. This food festival will put you in a state of nirvana- that’s how good it is. For dessert, there was Gulatthi, which is not a kheer but somewhere close to it. Sweetness right to the T.

The Rampur festival has been executed so well by the JW Marriott team, that right from the interiors and setup, to the cutlery and serving dishes used, to the cocktails they have specially curated for this promotion, they have done a marvelous job. Seamless planning and an equally seamless execution.

There are five cocktails on offer as a part of the promotion. Rampuri, a rum-based cocktail like local spices; Rampur Punch, tastes just as good as it looks; and Achartini, a cocktail I thought I could predict the taste of but failed badly, were my lovely picks out of the lot. Something as small, but important, as the glasses these cocktails were served in was also taken care of to keep in sync with the promotion. Royalty at its best. 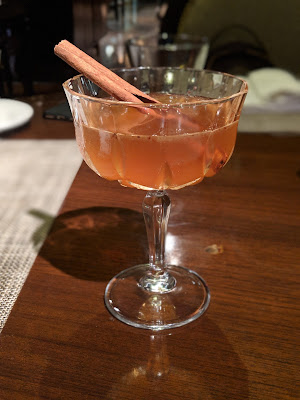 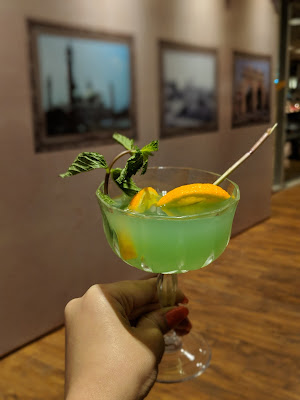 You will see the entrance of the restaurant done up with photographs of Rampur, depicting places of significance. This one photograph will be the royal library of Rampur, from where the third generation chefs find their research material and come up with new recipes and flavours.

The festival is on for both lunch and dinner until the 26th of March. Do what you may, but don’t miss this. Period.
Posted by Unknown at 23:35